Reviews on my poetry and song 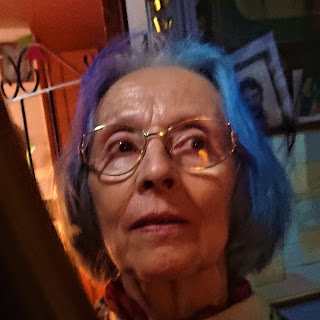 Hello,
Pleased you called in.
'This life is a work in protest'
Lots to read on this site though.. songs, poetry.
Sit back. Scroll down and click links.

You will find videos of some of my work at my
https://www.facebook.com/PoetryasCommunication
There are more on YouTube
My recordings are now available at https://www.etsy.com/shop/LIBERTYnSONG
Recent reviews are also available on that site.

Charlotte
***
Events - past and future
31 July 2021 - As we come back to life following the dire time of Covid, I have several new CDs, and recently gave  my hour long performance of "The Peaceful Weavers of Peterloo" its third outing, at Festival at The Edge at Hopton Court. (So good to be back in live circulation.)  I have recorded an hour long CD of the complete performance. 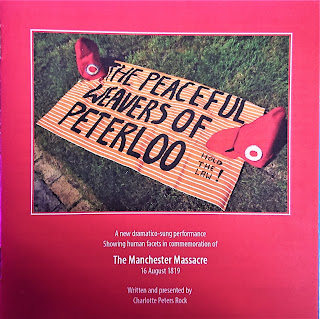 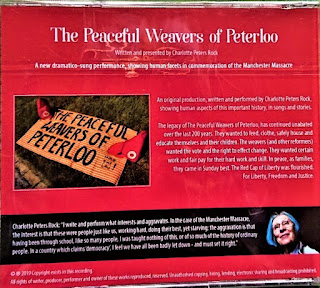 "The Peaceful Weavers of Peterloo", is available at the link above, together with a small number of Caps of Liberty/Bonnets Rouge, whose use during the French Revolutions and other conflicts, including at Peterloo, made them a famous symbol of revolutionary spirit! 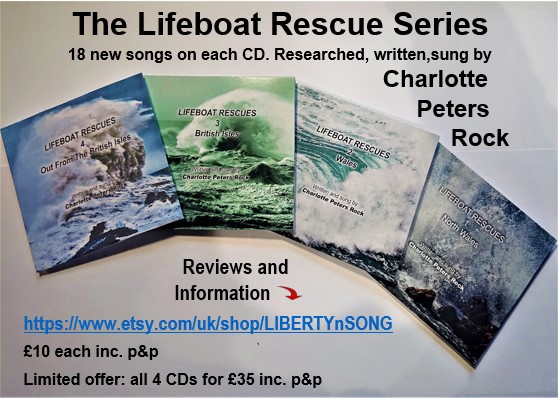 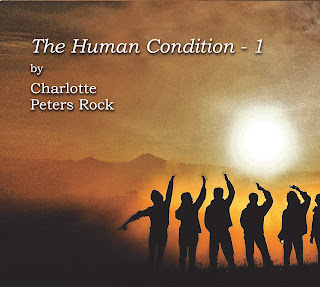 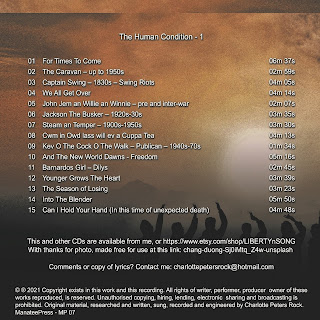 2020 - This year, I'm publishing recordings about the heroism of Lifeboat crews.. beginning with
"Lifeboat Rescues - 1 - North Wales" in September / October 2020.

During June, I have a month long Peterloo Exhibition at Knutsford Library, which may run longer. 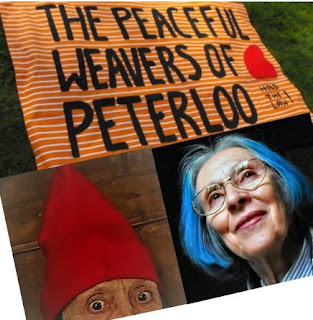 I'm currently involved in the Commemoration of 200 years since
The Peterloo Massacre
took place on St Peter's Field, in the centre of Manchester

I have an hour of completely new work, a dramatico-sung piece, called
The Peaceful Weavers of Peterloo
A part of the Manchester Histories series of events.
It will take place on the site of The Peterloo Massacre: 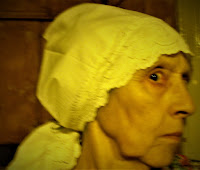 It is a FREE Event. Booking is now required. EventBright link

Please feel free to wear your Caps of Liberty/Bonnets Rouge, at this event!

These pictures were taken


as I performed my lead song,
"The Peaceful Weavers of Peterloo"
at Manchester Histories'
Peterloo Bicentennial Commemoration Launch Event
on 06 June 2019 at Manchester Central

Also looking for other venues in which to perform
"The Peaceful Weavers of Peterloo". Contact me
****
Previous Performances Composite picture - below - is made up of various performances over the years at Llandudno Victorian Extravaganza. 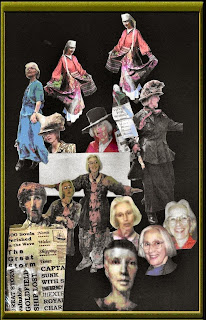 Songs and Poem-Stories - links and stuff

The links below are to various aspects of my work in song and poem-story. Enjoy! Songs
British Lifeboat men
Health and Change
Read my 'Community Centre Poster Plan for Empowerment

An eye on the void
Lapis lazuli
Justice
If I'm corrupt..
Bluer than the moon
What degree?
Windmill
Time away
A degree of thought
The point
Give me jade


Atlantis
The End of Atlantis


Child poems and Poems of Childhood

Posted by A Careful Harvesting of Words at 23:20

Into the void - in search of what?

Charlotte Peters Rock - Home Page Reviews on my poetry and song   Twee t Hello, Pleased you called in. ' This life is a work...